Where does time go? 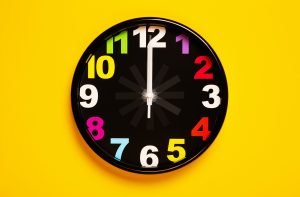 Photo by Stas Knop from Pexels

Obviously I am not very good at putting up a new Behind The Mic post on any sort of regular basis. Maybe that’ll change and maybe it won’t. Who knows.

Does anyone know where the year has gone? I can’t believe it is already the middle of 2021. Time just flies by as you get older. I remember as a kid thinking time just crept by so slowly. I’m not sure at what age that changed for me but it surely did. As an adult it is so easy to put something off and then it’s 6 months later and you haven’t done the thing yet.

That’s actually one of the reasons the podcast took so long to launch. I actually created the podcast in early 2020, but did nothing with it because the audio just wasn’t good and I had a million other things going on at the time. Then the pandemic came along and turned my life upside down. Though I know it was the right thing to do and don’t regret the decision, it took me a while to get adjusted to moving back to Statesboro. Since the original plan was to only stay a couple of months to help Mom through the pandemic, I had all my recording equipment in storage.

Over the months I came to realize this is where I want to stay right now. I ended up getting my equipment from storage and set it up. My podcast “studio” is literally a tiny desk in my bedroom. I found an all black fabric folding room divider on Amazon and use that to block off anyone seeing my room on Zoom calls. It also helps with the sound a little.

This house is almost 100 years old. The ceilings are 12 feet high, the floors are hardwood, and the windows not the most sound proof. When I first set things up I did an audio test and it sounded awful. You could hear everything going on inside and outside the house. Obviously that wouldn’t work.

So, I just let it sit and said I’ll get it fixed up right in a couple of days. A couple of days stretched to a month. When I got back to trying to get things set up right I had a new problem. Something called a “ground loop”. Google it if you want a more detailed explanation, but what it meant for me was a constant high pitched whine in the audio that came through on the recordings. I tried so many different methods getting rid of this annoying sound that was akin to a mosquito stuck in an ear. Nothing worked.

I did, however, discover the component that caused the ground loop. It was the connection between a higher end USB mixer I have and the computer. I tried changing USB cords, changing outlets, using separate outlets for the mixer and the computer. Nothing worked. So I bought a new, fairly inexpensive mixer and gave it a shot. Didn’t work and still the whine was there. Then I found another inexpensive little mixer that doesn’t plug into an outlet, it gets its power from the USB port. Finally…the problem was solved.

All that also took months because I’d get frustrated when a fix didn’t work. I’d try something different and get frustrated all over again. Honestly, it was exhausting my patience trying to get it working right. But, in the end I did find and fix the problem. But even that didn’t give me the motivation I needed.

That came because a couple of friends really pushed me. One in particular, who whenever we talked, would ask when I was going to do this thing. So they gave me the big push I needed.

I got everything I needed lined up. I booked my first guest and then finally announced it on social media. That was almost a year and a half since I had actually set up the podcast and had it distributed to the pod platforms.

In order to get distributed, you have to have at least one episode up. So back then in February of 2020 I recorded a short teaser. It sounded like total trash, audio wise, due to my then recording space.

Back then I was calling it “JD’s Podcast” and I really had no idea what form the podcast would take. I just knew I wanted to do one (I had for a long time). So for almost 18 months that little episode sat there, on all the major platforms. I never once promoted it or even said anything about it to my friends. The damn thing got like 200 listens. I have no idea how anyone even found the podcast. It is now archived to be never played again.

It might have taken me much longer to get this thing off the ground than I intended, but it is now a reality.

But yeah, time does fly by when you’re older.