The Day Before Launch 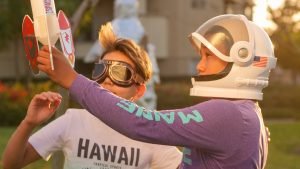 Well. It’s done. The first episode is edited and getting ready to be uploaded. Right now as I type this I am giving it one last listen before scheduling the upload. If everything works as it should the episode will be available at midnight.

I have been editing the majority of the day. Editing can be a tedious affair. And I had a 2 hour conversation to edit down to a listenable length. I got it down to an hour and change. That’s still longer than I plan on making the episodes, but this one was special.

So my first guest is a gentleman named Ray Williams. Ray has been in the music industry for over 50 years and has had an incredible career. If you saw the movie Rocketman, then you saw part of Ray’s story. Ray discovered Elton John and was the man who gave Elton Bernie Taupin’s lyrics to see what he could do with them. What he did with them was have hit record after hit record. With Bernie Taupin penning the lyrics and Elton John writing the music and singing, the two have become a legendary force in the music industry. It could be argued they are the most successful songwriter/musician combo in the history of music.

I’ve been a huge Elton John fan since I was a kid. I don’t know how, but I also knew back then Bernie Taupin was the songwriter. My first Elton John album was Don’t Shoot Me I’m Only The Piano Player. It came out in 1973 and included such classics of Daniel, Elderberry Wine, and Crocodile Rock. Caribou was also a favorite album of mine. I thought I was being quite rebellious listening to the The Bitch Is Back.

Ray has also worked in the filmmaking industry as a music supervisor, a role he played in the Academy Award winning The Last Emperor.

Give the show a listen and hear Ray tell his story. I think you’ll find it as interesting as I do.