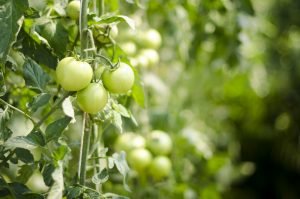 Not my tomatoes. I wish.

It’s Thursday and I feel like I have not done a thing all week. I got this week’s episode recorded on Monday, which not usually the case. Guessing that has something to do that feeling.

The humidity, gnat, and mosquitos have made their appearance for the summer. Early summer, humidity stayed low and it was nice. Last year, for some odd reason, we didn’t have gnat or mosquito problems. Gnats were one thing I dreaded about coming back to Statesboro, below the gnat line as we Georgians call the imaginary line that keeps the gnats out of North Georgia.

We’ve also had a good amount of rain this summer. Elsa didn’t bring as much rain as we had gotten other days this summer. We seem to be in a dry-ish spell right now with only a quick drive-by shower in the afternoons. You know the kind, they don’t do the plants any good and only makes things steamier outside.

Speaking of plants. I planted a small kitchen garden this year. I think I mentioned that in an earlier Behind The Mic post. I put two tomato plants in large pots, and in the ground I planted 2 squash plants, bell pepper, banana pepper, basil, and some parsley. Oh, I also planted cilantro but the squash killed it.

Nothing has frustrated me more this summer than those squash plants. They grew HUGE, but only produced one mature squash (and it was covered in bumps, not smooth). They really didn’t grow many squash at all, but when they did the baby squash would get about 2-3 inches long and then die off. They plants grew so big the leaves covered the cilantro, not allowing it to get any sun at all. I swear I would cut back squash leaves in the morning so the cilantro could get some sun, and by afternoon it was covered by another leaf. I ripped the squash plants out of the ground last week and just got rid of them. I vow to never plant them again. This was my 2nd time failing at squash. The first time was in Atlanta and I got nothing off those.

I tilled some manure into the dirt before planting, so that’s probably why the squash plants grew so big, and what the banana pepper plant is almost 4 feet tall. It’s produced a few peppers so far but looks like it has a few more starting to grow. The bell pepper, which is a sweet red bell pepper, grew kind of tall, too, but nothing like the banana pepper. I’ve gotten nothing off the bell pepper plant yet, but there are two growing. They’ve been growing for what seems like 2 months. One is officially bell pepper size but just as green as it could be. The other pepper is smaller and doesn’t seem to be growing at all.

The basil is doing great. I’ve got plenty of basil (which I love). The flat leaf parsley was doing great until the gardener mistook it for a weed and puled it up. I can’t really blame him as there were a lot of tall grassy weeds growing.

Now the tomatoes…I don’t know what to make of them. I planted them in the huge pots with potting soil and they’ve had one dose of fertilizer. Those things are almost 7 feet tall. And while they are producing a lot of tomatoes, most of them aren’t making it to maturity. A few have and I hope the couple of dozen now growing reach maturity. I think with all the rain they might have gotten too much water, some of the ones that matured into lovely read tomatoes were water logged and just squished in my hand. They do get plenty of sunshine. Only time will tell if we get more fresh tomatoes.

So, yeah, the kitchen garden was kind of a bust. I am not cut out to be a farmer, that’s for sure.